“Global Sustainability Crossroads” is a participatory simulation game designed by GEEDS so that anyone can test global greenhouse gas emission reduction policies and see their economic and environmental effects. The game is based on an interface that allows simulations with the MEDEAS-World energy-economy-environment simulation model developed by GEEDS-UVa. Players, based on current trends in greenhouse emissions, face the task of collaboratively designing goals and strategies to mitigate climate change in the coming decades. In teams, players make basic global and long-term decisions about economic and energy policies, technological evolution, etc. which are subsequently introduced into a mathematical model of dynamic simulation. The model indicates whether the agreed strategy allows (or not) reaching the desired levels of well-being by 2050-80, avoiding dangerous levels of climate change.

Game sessions have been held at high school, university and adult levels, and the game suitable for anyone regardless of the level of knowledge on the subject. It can be done in a single session or in several consecutive sessions including in-between work.

A file package (available in both English and Spanish) is freely available to anyone interested in playing the game, including:

For downloading (materials available in both Spanish and English): 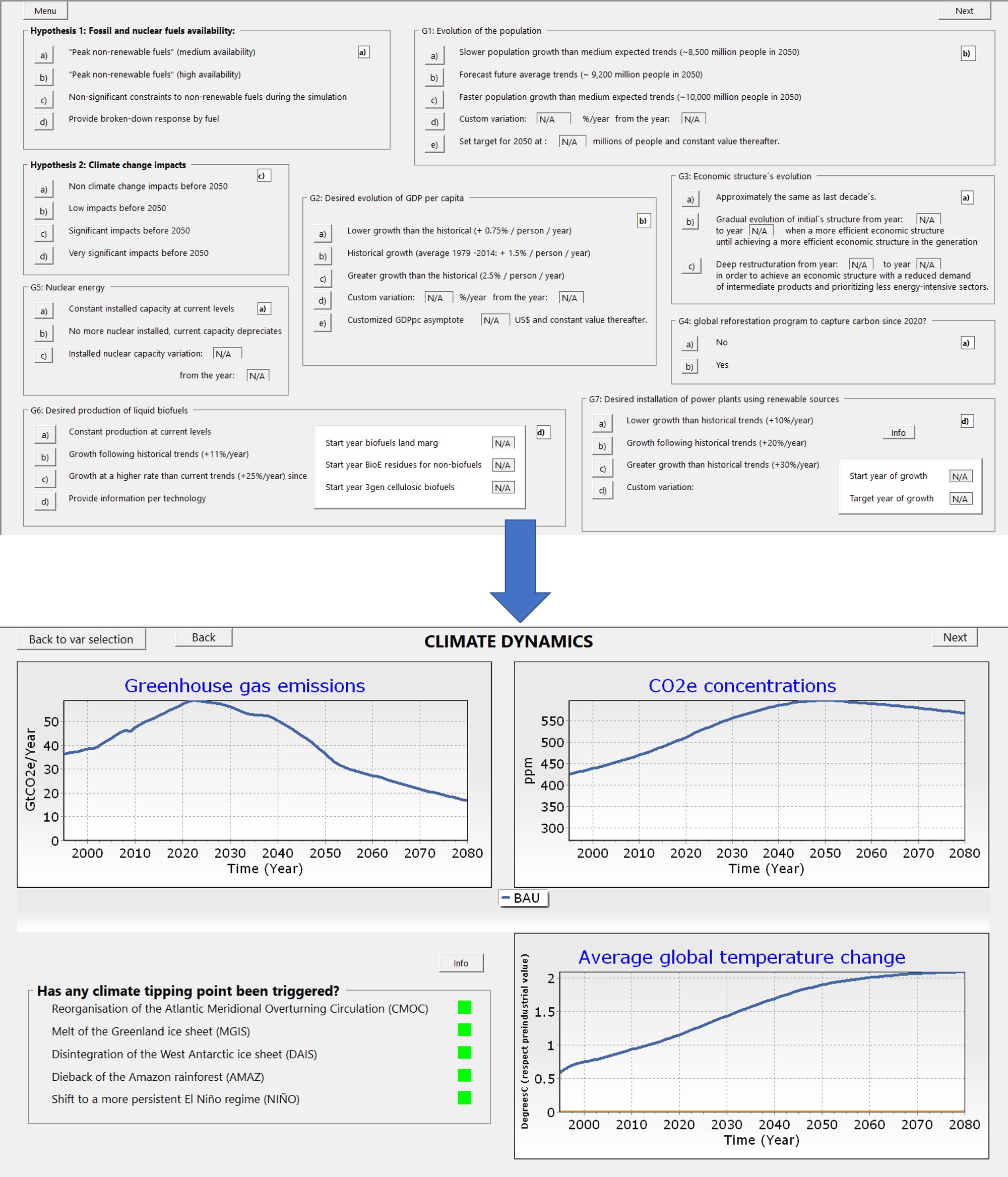