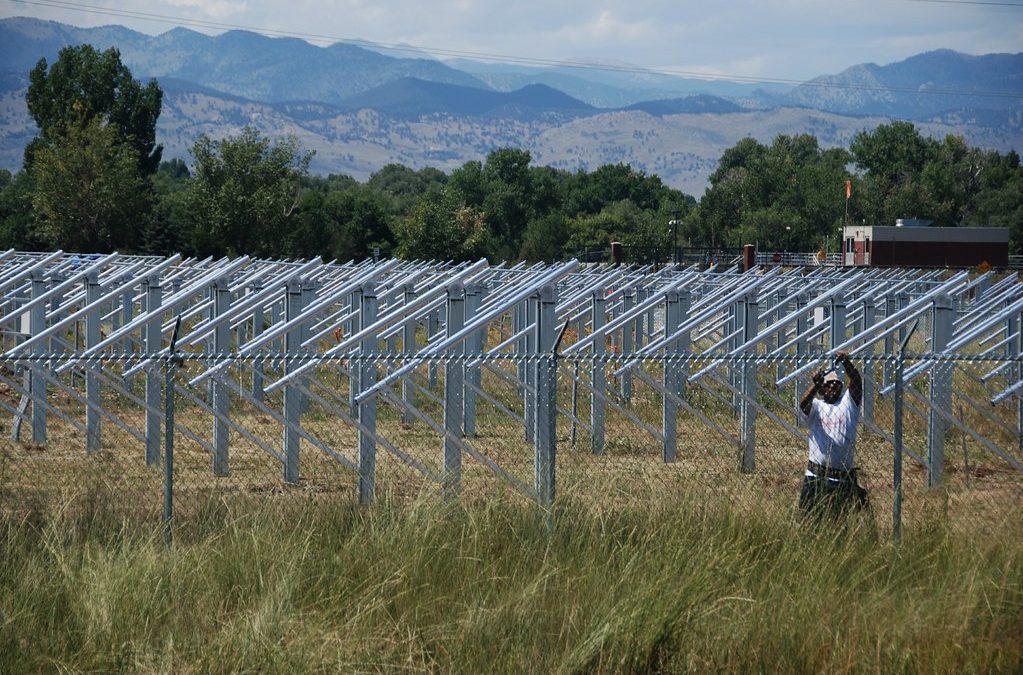 In this post, we summarize the main results obtained in the article published recently published “The potential land use requirements and related land use change emissions of solar energy”. Republished from Basque Centre for Climate Change.

In the current global energy transition where the world´s energy needs are increasingly met by renewable energy instead of fossil energy, the role of solar energy is rapidly growing. Due to the abundance of sunlight reaching the Earth, the theoretical potential of solar energy is enormous, and the costs of technologies that convert solar energy into power have been decreasing 5 to 10-fold in the past decade. However, these technologies require large amounts of horizontal space to catch sunlight, and with solar parks as big as entire cities appearing all over the world, there are increasing worries about the sustainability of solar energy from a land use perspective. Land-use occupation triggers impacts in several sustainability dimensions: biodiversity (habitat loss & fragmentation), wildlife direct mortality or water consumption, although great geographical detail is necessary for their assessment. In this work, the focus is just on land use occupation of solar power plants in a geographical meso-scale -excluding additional grids- and the associated direct and indirect land use change (iLUC) emissions.

A new study published today in Scientific Reports, an open access journal from the publishers of Nature, quantifies the impacts of solar energy in future scenarios for regions where additional land pressures due to solar deployment were assessed in a previous study of some of the participating authors as potentially relevant: the European Union (EU), India, Japan and South Korea. The authors, from the Basque Centre for Climate Change, the Group of Energy, Economy and System Dynamics of the University of Valladolid (Spain) and the Joint Global Change Research Institute (USA), have jointly developed a novel methodology with an integrated energy-land nexus model allows to regionally estimate the land occupation and land use change emission effects of different solar penetration scenarios.

In a first step, the land requirements are estimated at different solar penetration levels, taking into account different technical and geographically-dependent aspects such as the efficiency at which solar energy is converted into power, the potential amount of solar energy that could realistically be harvested using rooftop infrastructures (hence not affecting land use), and the amount of additional space required to prevent shading between solar panels when installed on flat land. The amount of land per generated TWh of solar energy would be in the range of 19.4 to 29.7 km2/TWh in the EU, 6.4 to 8.8 km2/TWh in India, and 12.9 to 17.1 km2/TWh in Japan and South Korea. With solar energy delivering 50-55% of total electricity demand by 2050, this would translate to 1.3-1.7% of land occupation by solar energy infrastructures with relation to the total surface in the EU, 0.7-0.9% in India, and 3-3.6% in Japan and South Korea. These shares are in the same magnitude order than current urbanized land in these countries.

Such a significant spread of land used for solar infrastructures clearly has land cover impacts locally, but through land competition also beyond the area where they are installed. The results of this study indicate that predominantly commercial land uses, such as agriculture and forestry, are used for locating solar power plants in the same regions (either directly or indirectly by occupying the space that would later have been used for agriculture or forestry). We find that the displacement of commercial land however leads to an iLUC effect, where natural land in other regions of the planet is converted for commercial purposes to meet global demand for agricultural and forestry products.

The land cover changes induced by solar energy cause land use change emissions through the direct or indirect removal of vegetation. However, the magnitude of these emissions is expected to depend on various aspects, among others the land management of solar parks. Existing solar parks are managed in very different ways. On one extreme, all vegetation in solar park can be eradicated and prevented from coming up again by using herbicides. On the other extreme, previously arable land can be converted to pasture by seeding grass during the construction phase, and maintaining it by allowing small ruminants to graze around and below the installed solar infrastructure, sequestering carbon in the long run. However, incentives for the second more environmentally-friendly option are currently low in most countries.

This study finds that the CO2 emissions from land use change per kWh of solar energy generated between 2020 and 2050 range from 5.0 to 53.6 grams in the EU, -2.7 to 11.7 grams in India, and 3.6 to 35.6 grams in Japan and South Korea, depending on the land management of solar parks, the efficiency of the installed technologies, and the level of penetration in the electricity mix. Generally, higher demand for solar energy will lead to higher land use change emissions per kWh, due to the constrained potential of rooftop space and land not used for other commercial purposes or with very low yields. By comparison, existing research shows that the emissions related to the manufacturing, transport of components and construction of solar power are estimated to be in the range of 25-68 grams of CO2 per kWh of solar energy in these regions.

The large range in these results stress the relevance and potential of a coordinated planning and regulation of new solar energy infrastructures to significantly reduce the impact that solar energy has on land use change emissions. While the findings of this study indicate that solar energy may cause more emissions than currently taken into account, it is important to note that these land use change emissions are small relative to renewable alternatives such as bioenergy, and minuscule (<5%) relative to the emissions from fossil fuel-based electricity generation.

The authors of the paper